For these busy times

Our modern lifestyles provide nearly endless sources of distraction. Not surprisingly, recent research has shown that this constant input has a significant impact on our health. Read on to learn more about how distraction is literally rewiring our brains, and what you can do to protect yourself.

We live in a world of almost infinite possibility for distraction. A recent study in PLOS One found that the average young adult checks his or her smartphone every 11 minutes and spends more than five hours (30 percent of the day) interacting with it (1). In moments that once presented the opportunity for reflection and quiet presence, many of us are more likely to pick up our phone and browse the internet, check our email, scroll through Facebook or Twitter, or listen to a podcast.

There’s nothing wrong with any of these activities, of course. But when they collectively replace all of the potential moments in which we might find ourselves alone, without distraction, I think it’s a problem. I’ve written a lot about the mismatch between our genes and biology and our current diet and lifestyle. The increasing impact of technology and its propensity to distract and fragment our attention is yet another aspect of this mismatch.

Studies have shown that increased use of a smartphone is associated with anxiety, depression, and sleep disturbance in adolescents and adults (2, 3). Other studies have shown a relationship between problematic internet use and electronic gaming and psychological distress and problem behavior in youths (4).

In short, the greater the opportunities for distraction become, the greater the necessity for a practice that centers our attention in the present moment and counteracts the negative consequences of our increasingly fragmented attention.

Mindfulness is one such practice.

What is mindfulness practice?

Mindfulness simply means being aware of your thoughts, feelings, bodily sensations, and surrounding environment on a moment-to-moment basis. It means paying attention to what is, rather than getting lost in our thoughts about the future or the past.

In many ways, mindfulness practice is the antidote to a modern life characterized by distraction, worry, anxiety, and other sources of perceived stress. It trains us to keep our awareness and attention in the present moment and experience our feelings and sensations without judgment.

A large body of evidence has shown that practicing mindfulness—even for a short time—increases positive emotions while reducing negative emotions and stress (5). It also helps us tune out distractions and improve our ability to focus (6). It enhances our relationships, makes us feel more connected and relaxed, and boosts our compassion for ourselves and others (7).

In this article, we’ll take a deeper dive into the ongoing research on how mindfulness affects us, literally rewiring our brains and bodies to become more resilient in the face of stress.

This is your brain on mindfulness

Neuroplasticity refers to the potential that the brain has to reorganize or adapt in response to its inputs (8), and it’s because of neuroplasticity that researchers can directly observe and quantify the effects of mindfulness meditation on the brain (9,10, 11).

People assessed to be more mindful on a Mindful Attention Awareness Scale (MAAS) had reduced volume of gray matter within the right amygdala and left caudate of their brains compared to those assessed to be less mindful (10). This result supports a differential role for the left and right amygdala in the brain (12) and highlights a possible functional role for the right amygdala in processing perceived stress. This study also supports research that suggests the caudate is responsive to negative stimuli (13).

To more directly test the functional role and connectivity of the right amygdala in the stress response, a group of 35 unemployed men and women experiencing high levels of stress took part in a study where half were formally taught mindful meditation, and the rest were taught relaxation techniques that did not introduce mindfulness (each condensed to a three-day class).

The group that was taught mindfulness techniques showed a marked decrease in right amygdala resting state functional connectivity over time, indicating less stress-related communication within the brain. Interestingly, despite the lack of an ongoing formal mindful meditation practice, the group armed with mindfulness techniques had lower cumulative markers of a neuroendocrine stress response in the hypothalamic–pituitary–adrenal axis up to four months after the study (9). Practicing mindfulness can have an impressive impact on your brain–and your body.

How does mindfulness change your body?

How can a mindfulness component in decreasing stress-related communication within the brain affect the rest of the body? The answer, in part, lies in a nerve that is essentially a superhighway between the brain and the gut. The vagus nerve connects the brain to most visceral organs—and vice versa. It is responsible for normal resting state parasympathetic processes like heart rate and digestive processes (14). It is a bidirectional system, sending out signals to your organs and collecting information from them in return. Communication between the brain and gut has even been found to be influenced by neurotransmitters created by bacterial communities hosted in your gut (15).

There are many things known to exercise vagal tone to improve the gut-brain connection; among them are deep breathing, mindful meditation skills, and having the tools to foster self-love and kindness (20, 21, 18). There is a strong positive feedback loop between improved vagal tone and mindfulness and, consequently, the strength of the mind-body connection.

What can mindfulness meditation do for you?

How do you become more mindful?

Last year I wrote an article called “How to Avoid a Near-Life Experience” in which I described six steps toward cultivating mindfulness and increasing your awareness:

There are tons of free resources online for getting started with meditation.Lifehacker has some helpful information, and the UCLA Mindfulness Awareness Research Center has a free meditation podcast with guided weekly meditations. I also like the Mindfulness-Based Stress Reduction Program, and some people have found apps like Headspace to be helpful. 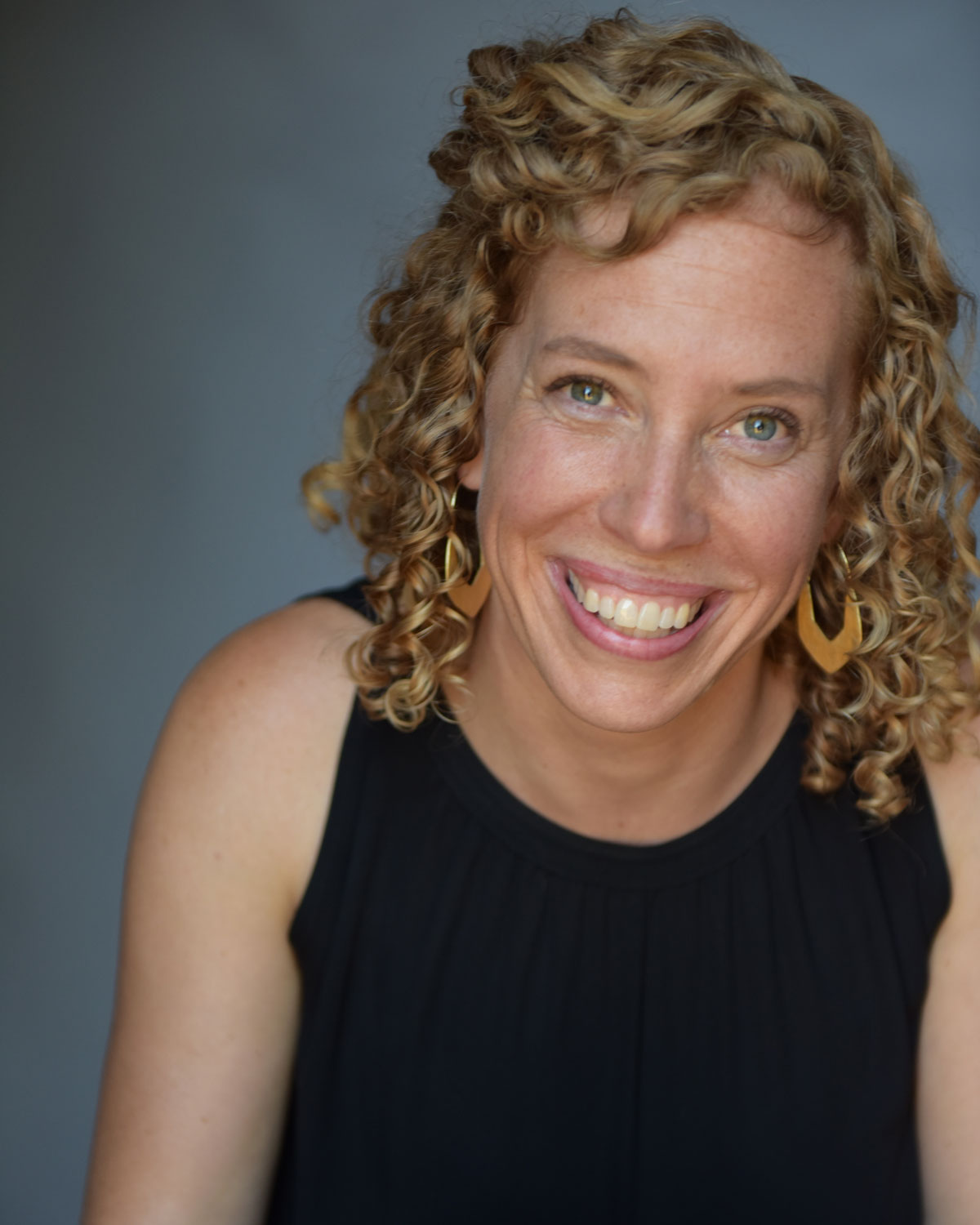 Hi, I’m Frankie
Becoming a Functional Nutritionist was born out of my love of working in women’s health and my own health crisis that hit in 2011. It was then that I realized that the body cannot be taken for granted. With two cancer scares in one year, I decided to take my health into my own hands, guided by the intelligence of functional medicine. As a Functional Diagnostic Nutrition Practitioner, I use data and mindfulness techniques to motivate change. My client relationships are filled with loving connections and precise planning.

Advocating For Your Health

For many women, chronic symptoms send us spiraling into a state of overwhelm. We frantically search for answers for something that is going to make it better or help it make sense. In this state, we are far from ourselves - hysterical and desperate. Shock and fear can...
Read More

How often have you gone to the doctor for a health concern only to be dismissed or told that what you are feeling is inaccurate? In an age where the average medical appointment is 15 minutes at best, how is a doctor able to listen to what is the concern, diagnose, and...
Read More

Unpacking metabolism is a topic that is a common thread for so many of us whether we are dealing with fatigue, weight issues, digestive issues, or even hormonal issues. It is incredible how much we can have different symptoms across the board but metabolism is still...
Read More

Happy summertime to you! Though I know some folks have been feeling the summer temperatures for a while, there is something about June that makes the summer season start to feel more legit. Like it is here and you better get ready for all it has to offer! That is...
Read More

Do you know of any friends or family who has diabetes or pre-diabetes? I bet most people reading this know of at least one because that is how prevalent it is. Today, one in ten U.S. adults has diabetes, and if trends continue, one in five will have it by 2025. An...
Read More

Cortisol gets a bad rap most of the time. Everyone wants to talk about the negatives of what cortisol does, but what often doesn't get the recognition is the benefits that cortisol has for our body. Today I want to highlight both sides of the stress story so that when...
Read More

Have you ever found yourself saying you have a “gut feeling” about something? Or maybe you’ve experienced “butterflies in your stomach”? These common phrases actually have some basis in science and help showcase the connection between our gut and our brain....
Read More

Put Yourself In The Driver’s Seat

Put yourself in the driver's seat when it comes to stress. Understanding stress is the first important step to dealing with it. Many of us think stress happens to us, similar to the quote, “Life is happening to me.” Flip the script and put it another way; life is...
Read More

How To Own Your Health Because It Belongs To You

How can you own your health? You're responsible for it, so why not own it? This message is getting lost in the slew of things that are going on in the world right now. It can feel like a place full of a lot of fear where we can feel paralyzed as to what to do. And...
Read More

Ready For A New Approach To Your Healthcare?

Have you ever felt discouraged leaving a doctor’s appointment? Maybe you felt bothered by the lack of time a doctor spent in the room with you, or perhaps you didn’t feel heard because the nurses and physicians were rushing through the appointment, talking at you, and...
Read More
We use cookies on our website to give you the most relevant experience by remembering your preferences and repeat visits. By clicking “Accept All”, you consent to the use of ALL the cookies. However, you may visit "Cookie Settings" to provide a controlled consent.
Cookie SettingsAccept All
Manage consent

This website uses cookies to improve your experience while you navigate through the website. Out of these, the cookies that are categorized as necessary are stored on your browser as they are essential for the working of basic functionalities of the website. We also use third-party cookies that help us analyze and understand how you use this website. These cookies will be stored in your browser only with your consent. You also have the option to opt-out of these cookies. But opting out of some of these cookies may affect your browsing experience.
Necessary Always Enabled
Necessary cookies are absolutely essential for the website to function properly. These cookies ensure basic functionalities and security features of the website, anonymously.
Functional
Functional cookies help to perform certain functionalities like sharing the content of the website on social media platforms, collect feedbacks, and other third-party features.
Performance
Performance cookies are used to understand and analyze the key performance indexes of the website which helps in delivering a better user experience for the visitors.
Analytics
Analytical cookies are used to understand how visitors interact with the website. These cookies help provide information on metrics the number of visitors, bounce rate, traffic source, etc.
Advertisement
Advertisement cookies are used to provide visitors with relevant ads and marketing campaigns. These cookies track visitors across websites and collect information to provide customized ads.
Others
Other uncategorized cookies are those that are being analyzed and have not been classified into a category as yet.
SAVE & ACCEPT
Call Now Button